It's good to indulge once in awhile.
But it's even better to indulge everyday..

As in if you are not afraid of gaining a few more pounds,


Just saying.
As a Singaporean, I would say a lot of people here are very self concious.
Not too sweet (dessert), not too salty(food), not too fat and many more ''NOT TOO''. 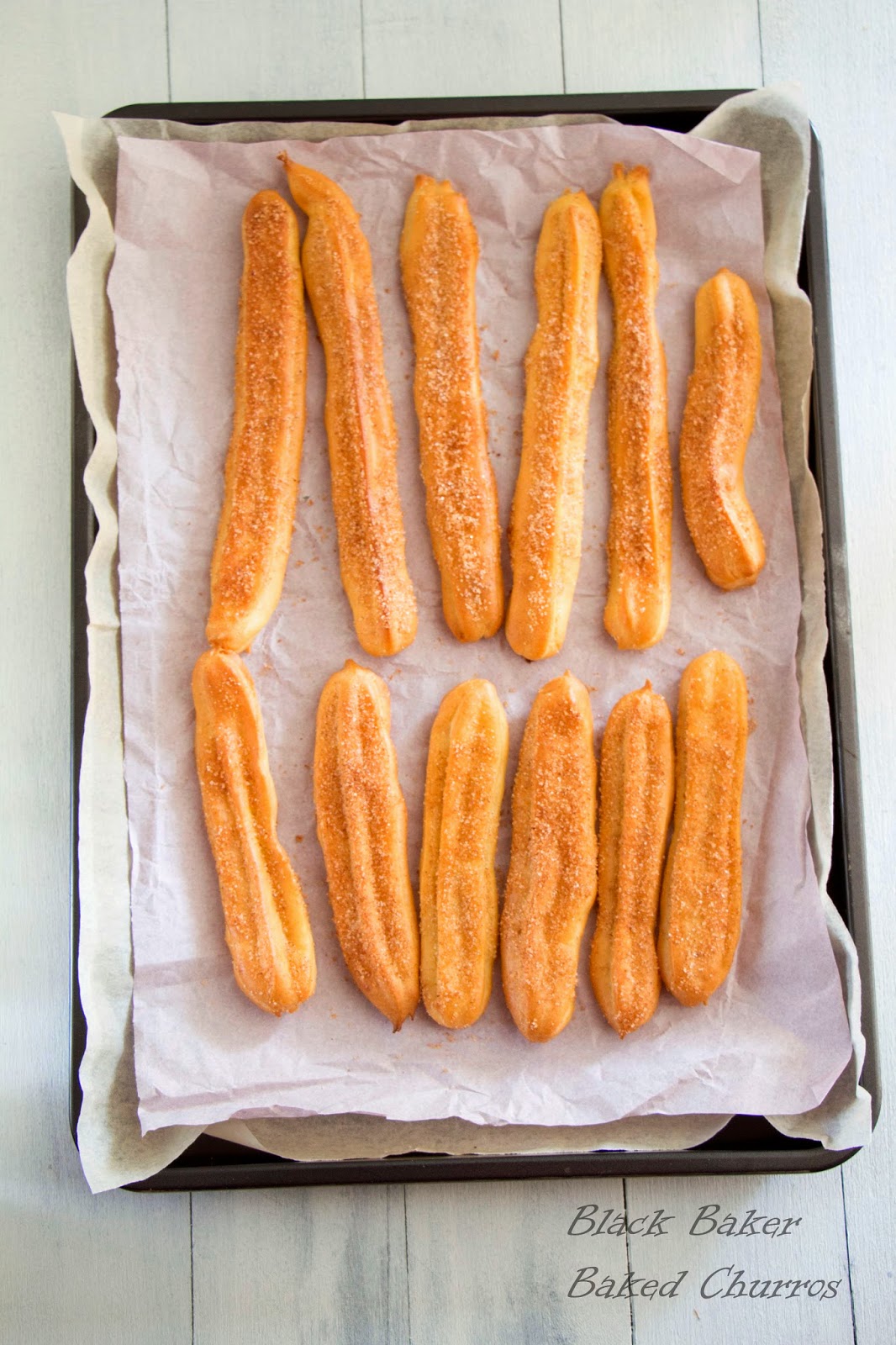 Actually I'm talking about myself.
But I like desserts. Any kind of dessert as long as it's not outrageously sweet, I can accept it.
Like these churros here, they are not overly sweet and one plus point is it's baked! Not fried. HORRAY!!! You can have more without the guilt.

The first time I tried these babies was at Universal Studios .
The ones that I've eaten were the fried ones. Rolled in cinnamon sugar and served warm, they taste so heavenly! And the ones they are selling are really long probably about 8 to 10 inches. I've been wanting to make these but I couldn't find the time to do it. 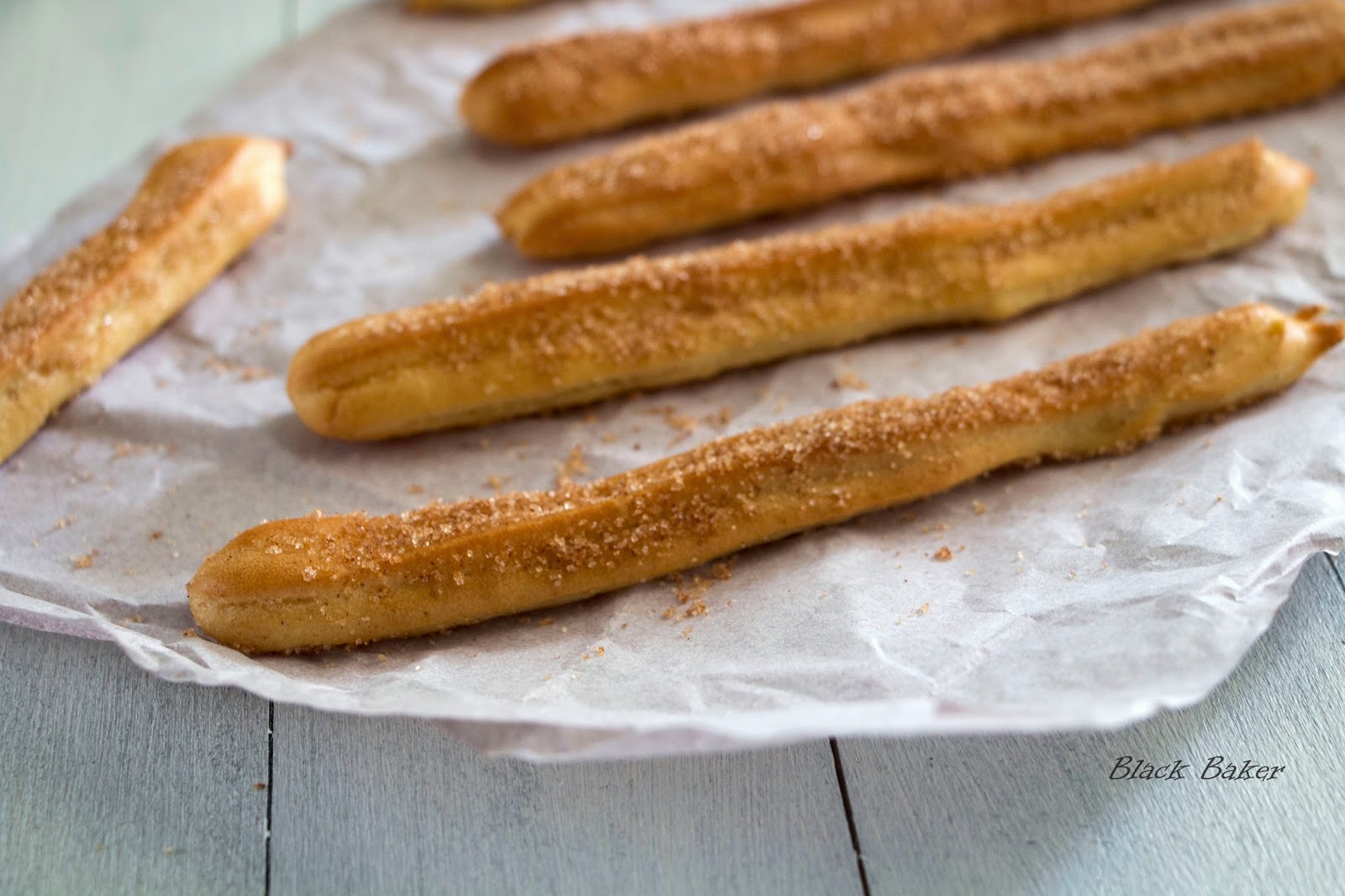 Sprinkled with cinnamon sugar mixture, these babies are heavenly. 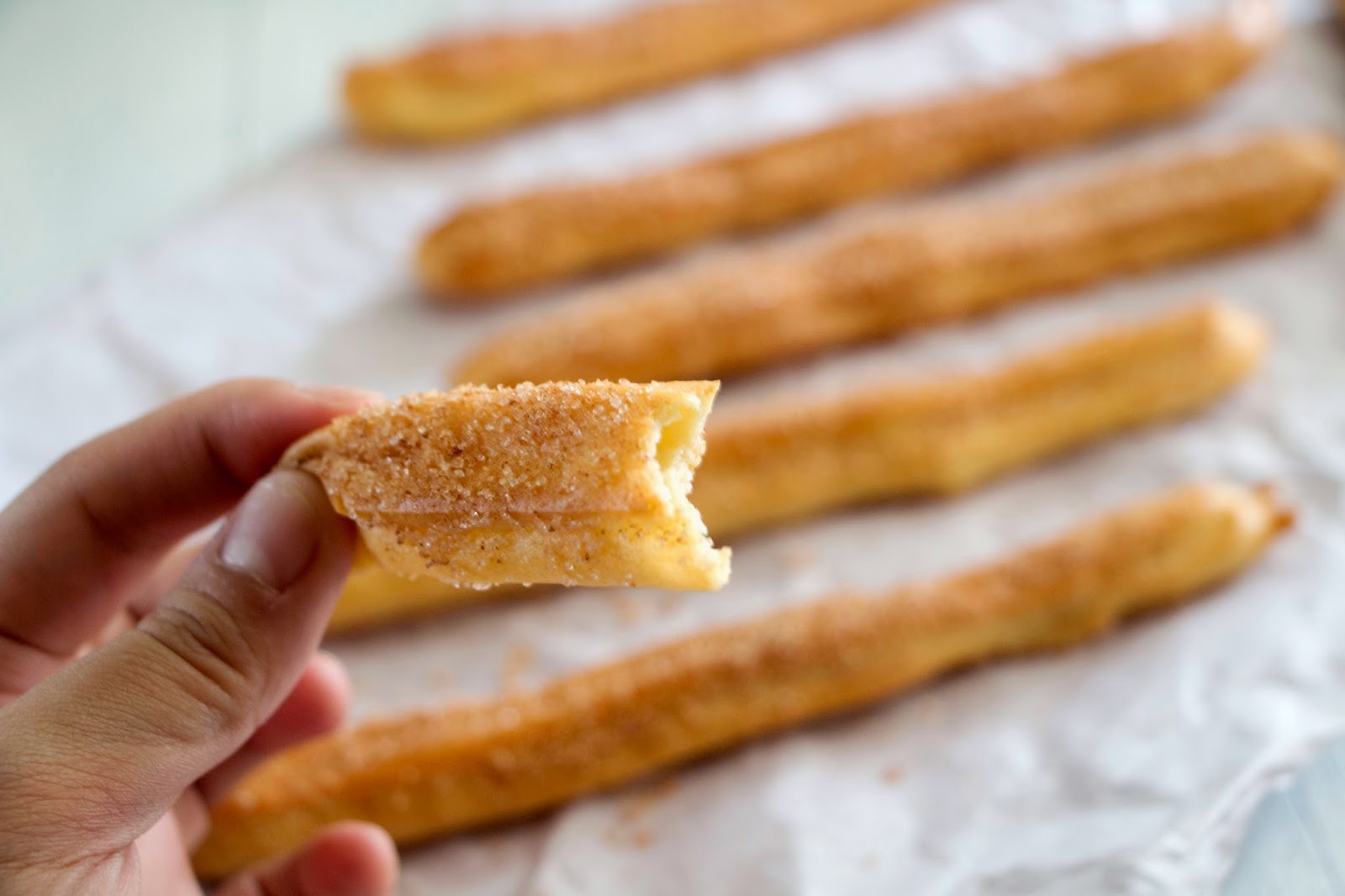 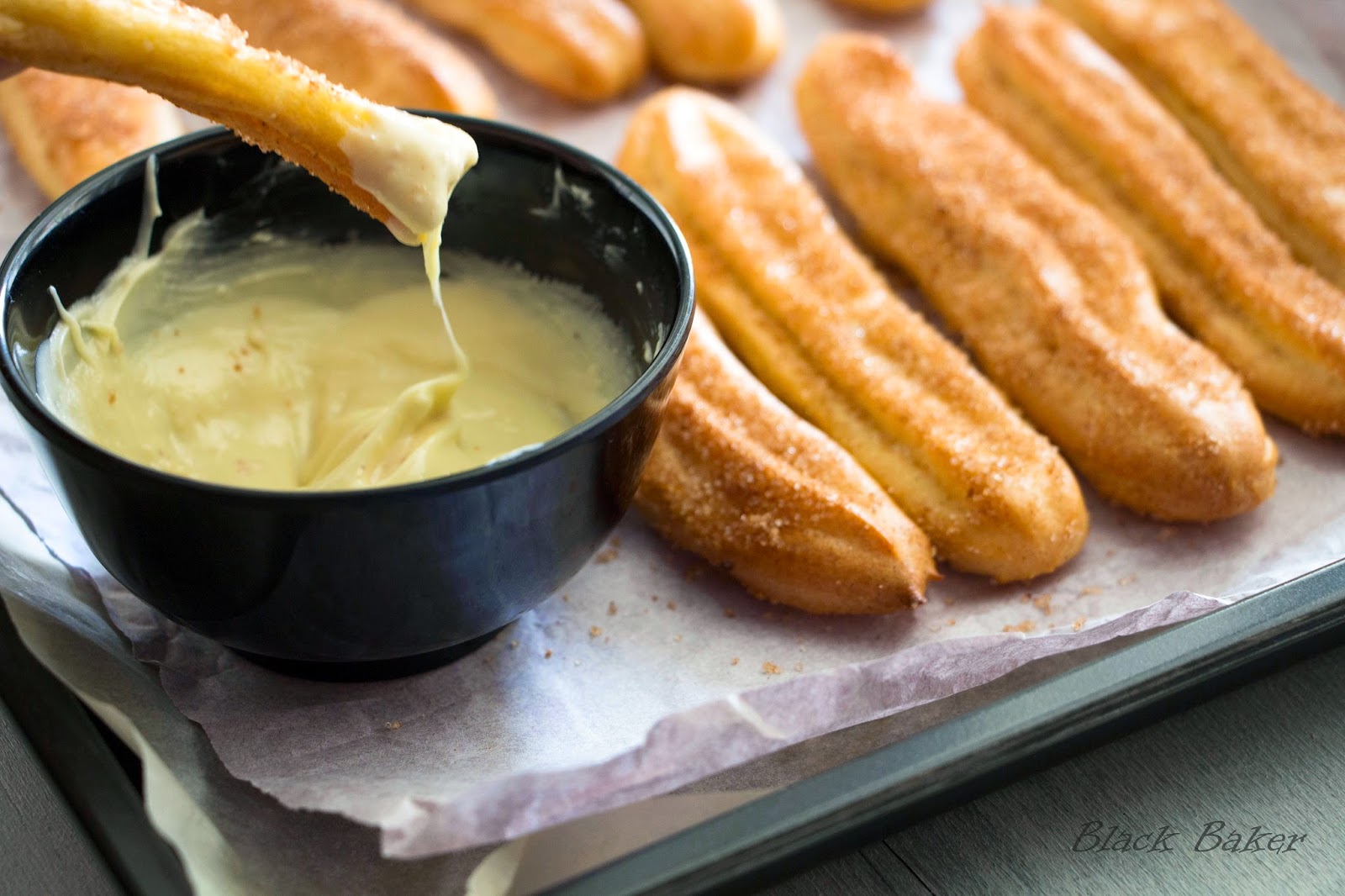 So I have to brush them with some melted butter in order for the sugar mixture to stick on the churros. 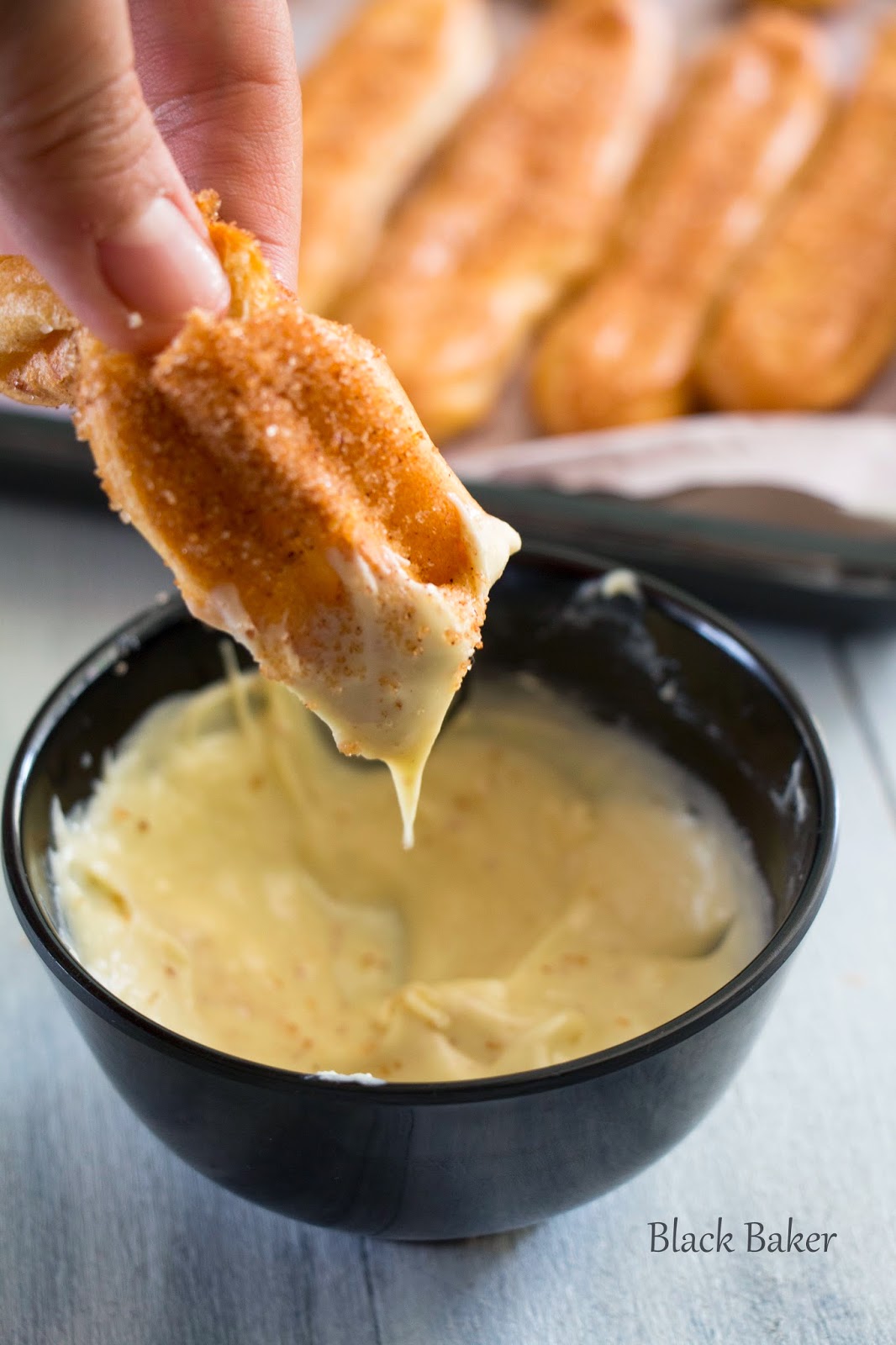 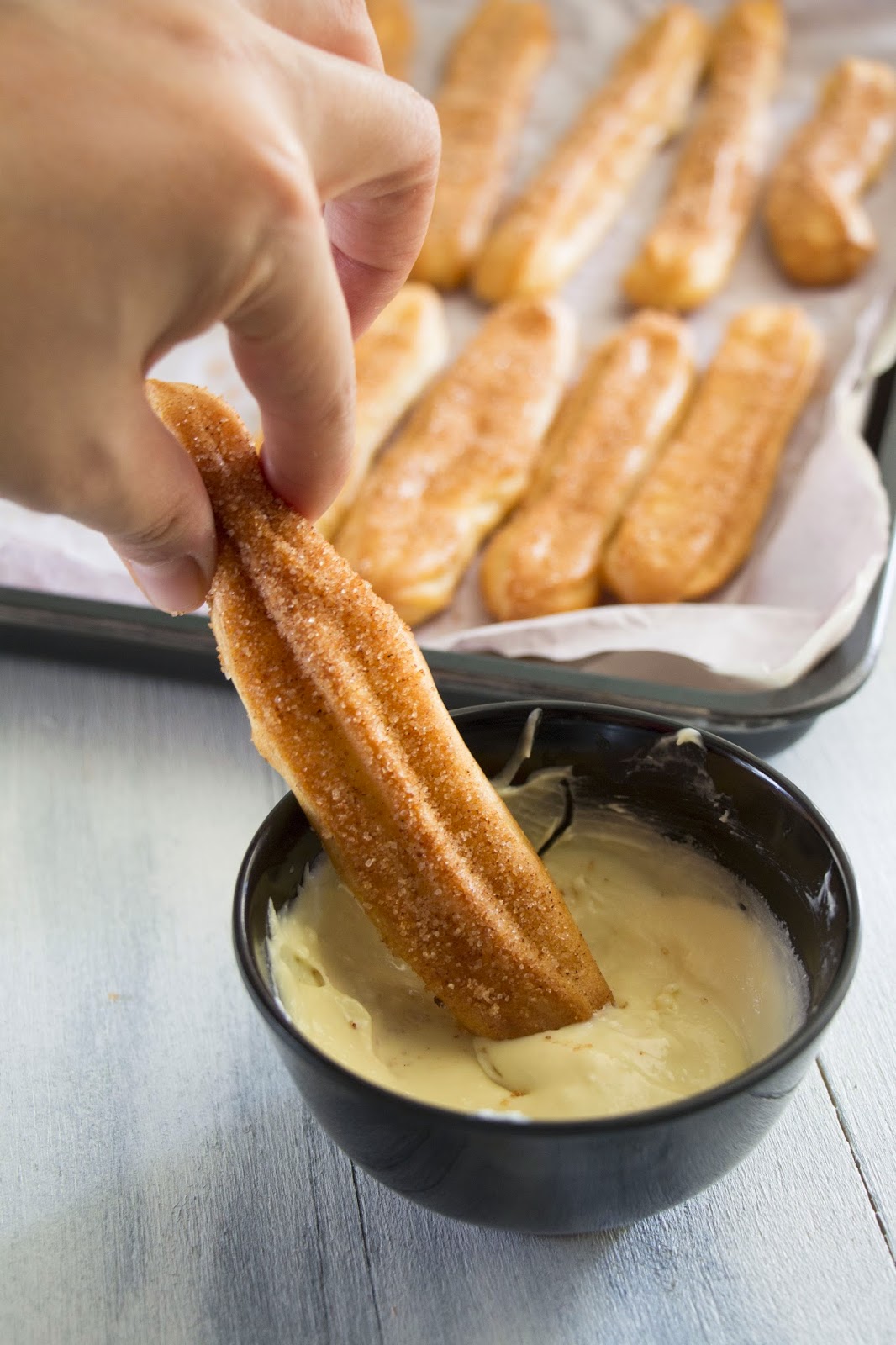 These heavenly churros are best eaten warm. So good. 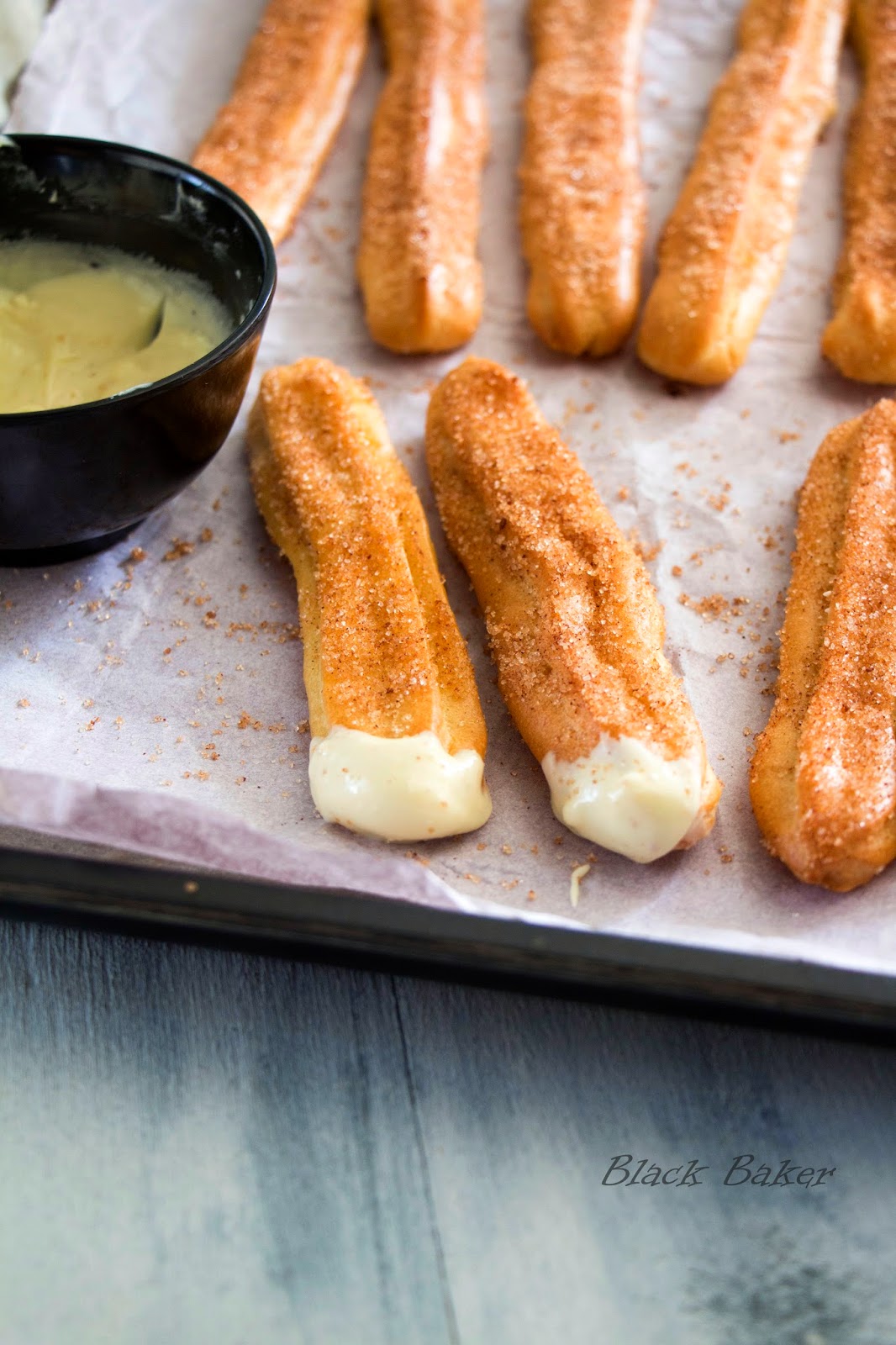 Baked Churros
Yields: A dozen or more depending on how long you pipe it.

Preheat oven to 425F/220C. Line 2 baking tray with parchment paper.
In a medium saucepan, combine water, brown sugar and salt.
Add butter and place over medium high heat.
Heat until butter is melted and mixture starts to boil.
Remove from heat and add the flour, stirring with a wooden spoon or rubber spatula.
Mixture will start to clump. Keep stirring until no streaks of flour can be seen.
Place the saucepan back on low heat, stirring slowly until a thin layer of flour mixture sticks on saucepan.
Remove from heat and using a wooden spoon or rubber spatula, press it flat to let it cool for about 5 minutes.
In a small bowl, combine the eggs and vanilla extract and lightly beat the eggs.
Once the flour mixture has reach room temperature, slowly pour in the egg mixture bit by bit, mixing well after each addition before adding in the next.
It will look curdle but don't worry, it will come together eventually.
Stir well until the egg are incorporated and mixture has the appearance of mashed potato.
Transfer dough to a pipping bag fitted with closed star tip or whatever tip you may like.
It will still be as delicious as it is.
Pipe dough onto baking tray lined with parchment paper in long strips.
You can also pipe them in different length. (like me)
Use a scissors to cut off the end of the dough from the pipping tip, leaving about  inch in space between the churros in order to let them rise and expand during baking.
Bake for about 10 to 15 minutes, or until the churros turn golden brown.
Turn oven to broiler setting and watch carefully as churros toast and turn brown.
Remove from oven and let cool slightly.
Combine the sugar and cinnamon and pour onto a long dish.
Brush the churros with some melted butter and roll them all over with cinnamon sugar mixture.